The emergence of web3 gaming is the final step of the revolution in the perception of video games. Once seen as a silly pastime for teenagers, they now constitute a vital part of the entertainment industry. And the growing popularity of play to earn model marks the dawn of the new era—the one in which video games transition from entertainment to a legitimate job.

Is it worth joining this trend? Is there money in web3 games? This text is going to answer those questions.

What’s the difference between web3 gaming and NFT games?

Good news. You don’t have to decide. NFT games, web3 gaming, crypto games, blockchain games, play-to-earn games are all different names for the same thing – the new kind of games based on blockchain technology. What makes them different from other popular video games is that they transform time spent on gaming into real-world value.

If you are interested in getting to know this topic, you’re in the right place. Having said that, let’s start by getting to know two basic concepts connected with the web3 gaming industry: web3 and NFTs.

Web3 gives the name to the entire phenomenon. Understanding what it means should be the first step to understanding the concept of NFT games.

Web3 is a new approach to www. Web 1.0 was the first incarnation of the Internet with just a few creators and a majority of consumers. Web 2.0 is the state of www as we see it now, dominated by social media where everyone has a voice.

The logical question would be, what’s an NFT, then? Here comes the definition from Nonfungible.com:

It is a token that represents a unique asset with characteristics that are particular to each one: it cannot be interchanged or replaced by another equivalent token. (…)

NFTs are simply a technological medium that allows any digital item to be stored and circulated virtually on a blockchain.

Simply put, NFTs represent unique digital assets that can be traded on blockchain-based NFT marketplaces with the use of cryptocurrencies. And since cryptocurrencies are tied to real money, NFTs can have significant real-life value.

What do NFTs have to do with gaming? This is the most exciting part. In the web3 gaming paradigm, in-game assets are represented as non-fungible tokens. This means they can be traded not only via the in-game marketplace but also on the blockchain free market.

Play-to-earn games – what are they?

NFT games are called play-to-earn games for a reason. A simple and straightforward one. They offer all the best of the gaming industry – an immersive experience, space exploration, ancient battles, and powerful heroes. They let players compete against each other and top it with the opportunity to translate time spent playing into money.

Why should you be interested? Because the players are. Although the entire crypto industry suffers from a severe bear market, in Q3 2022, the total market for gaming-related NFT assets was estimated at $37,925,607. Not the money someone would turn their head from, right?

It’s 2022; should I be interested in creating an NFT game?

There are many voices claiming that 2022 marks the end of the boom of the crypto industry. Numbers don’t lie, and the truth is that they are plummeting. But before announcing the death of the play-to-earn mechanism, let’s take a closer look at the data.

In the third quarter of 2022, 30% of active crypto wallets were marked as gaming wallets(source: Quarterly NFT market report Q3 by Nonfungible.com).

This means that even during the downturn in the crypto economy, in-game NFTs remain popular.

Another interesting conclusion can be drawn from the long-term diagram of losses (same source).

Even during hard times, gaming assets seem to be pretty stable. The value of the assets from top nft games is connected with the value of cryptocurrencies, so it would be shocking not to see any losses in this segment. However, the curve for gaming is nothing like the one for collectibles. Apparently, in-game assets from popular NFT games are still considered valuable.

And finally, how much is the NFT market worth now? The report we quoted several times above states that the average weekly NFT trade amounts to 100 million dollars. Just a reminder that the market is hitting bottom now.

Is it a good time to create your first game? One thing is certain. The market is full of different free NFT games. But with the bear market, the competition might be less fierce now, and the profits when the hard times finally end are likely to skyrocket.

How exactly can one play games and earn money doing so? This section is going to discuss the way one can make money with play-to-earn games. The first part will cover the strategies for gamers, while the second will focus on how developers and studios can monetize the trend. After all, NFT crypto games development is not charity work.

What are the strategies new gamers can employ to make the best use of the play-to-earn feature? Surprisingly, not all of the methods rely on NFTs. Web3 gaming offers earning opportunities that do not utilize NFTs but rather rely on fungible tokens like cryptocurrencies.

In such a crypto game users can earn rewards or experience points, participate in weekly competitions and thus earn a native token that is tradeable for other cryptocurrencies.

With the use of NFTs

There is a reason most web3 games can also be called NFT games. The most straightforward way to earn money when playing them is via true ownership of in-game items. Depending on the type of the game, game assets can vary. An adventure game will offer different items than the NFT game based on the metaverse. The important thing is each of those digital items has to have some unique traits allowing it to become a non-fungible token.

What are the most common types of game-based digital assets? They can be rare cards, characters, weapons, creatures, etc. The more new projects game developers put on the market, the wider the variety.

With this knowledge, let’s have a closer look at different play-to-earn strategies utilizing NFTs.

The easiest way to take advantage of the play-to-earn model using non-fungible tokens is to create new NFTs. In web3 gaming, this process is called minting NFTs.

NFTs can be created from items found in the game. In this kind of games NFTs can be called a byproduct of web3 gaming. But there are games that are designed explicitly with the minting process in mind.

In fact, one of the first mainstream NFT games – CryptoKitties, was built around breeding digital NFT cats. The game is available till today. After registration, the player receives a free starter pack of two cats and can start breeding immediately.

Game-based NFTs can also be obtained via different game modes like tournaments and special events. One thing is crucial, though: NFT games work the same way as regular games – one has to invest time to obtain valuable items.

NFTs are tradeable and can be treated as any other tradeable items. Of course, just like choosing the right game to play, trading game assets requires knowledge about the entire web3 gaming ecosystem. Ideally, this knowledge should not be limited to the most popular titles but also include other NFT games. With so many games available, knowing which are becoming more popular and which are losing players is critical in making informed decisions.

With the gaming economy

Trading in-game NFTs is not the only way to make money playing crypto games. The original play-to-earn mechanism did not include NFTs at all. It was called play-to-earn because that was precisely what it was back then. Gamers earned tokens for playing games.

This mechanism is still available in some games. Gamers can participate in special events and tournaments to win prizes. Still, sometimes it’s just enough to sit down, have fun with the engaging gameplay and earn in-game cryptocurrency.

Another thing players can do with their in-game crypto is staking tokens. While trading tokens is like trading on the stock market exchange, staking them is similar to putting money in the bank. The difference is that web3 has no governing body to hold authority over it. The “investment” is guarded by a smart contract or a set of them. Smart contracts execute when certain conditions are met. So when players stake tokens, they can be 100% sure of the outcome.

The main strategy for developers is monetizing their audience with advertising and earning on the transaction fees. The rule is simple; more users equal more money. Popular games with valuable NFT tokens, like the Gods tokens in Gods Unchained, hit the sweet spot.

Most of the web3 games are offered in the free-to-play model. Yet, they offer their player earning real money. So where is the developers’ profit? One of the main strategies is to sell the space for ads. However, hitting the ideal balance between engaging gameplay and advertising is not an easy task. Hence, there are partnerships like Atari X in The Sandbox game. In such cases, the presence of the product feels natural and provides new features to the game. An additional profit is that such a partnership is usually long-term, providing steady profit and money for the development of key features of the game.

Another model the developers may employ is to earn commission from the sales of digital collectibles. With blockchain technology and smart contracts, game developers can ensure a cut from every transaction including an NFT asset coming from their game. However, even in this model, scaling is critical: the more devoted players, the more transactions, the more profit.

Web3 gaming is built around ownership. Yet, it is not about owning a copy of the game, as most web3 games are free to play. It’s about giving players ownership of their in-game assets. Games with play-to-earn features treat players as business partners. Web3 games are not products; they are the joint endeavor of developers and players. 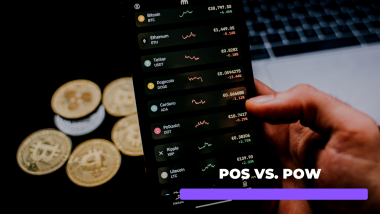 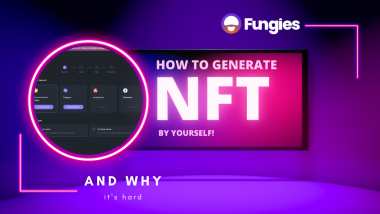 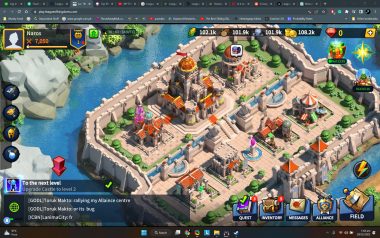